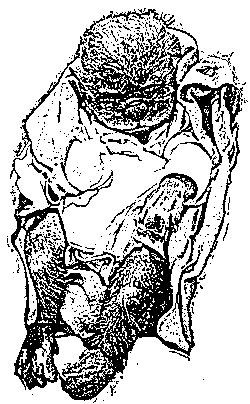 Teagan is a fringetouched (wolf) young woman, of undeniable timidity and nervousness. She is also notably a mute and does her best to communicate through writing or gestures.

While her Lancegan parents were not natives of the city but moved to Andermark before her birth, Teagan herself was born in Starkholm and raised by her father in secret. Until King Constantin’s radical decree, it would've meant her death if she stepped outside and so she was physically contained within the four walls. Though once she could read she found more freedom, for her mind at least, within pages of books about far off and long ago places.

While initially her father had no idea how addled her mind was, she proved to be a quick study with a curious mind and managed to surprise him numerous times with how naturally she picked things up. As she grew older they would often spend time playing games such as chess or talking with the language of gestures which the pair had created.

Her father was an accountant and earned enough money to keep them and the small house in relative comfort and would now and again bring back second-hand books. It was from one of these that she learnt about, and came to respect, the Goddess Saralyne. Perhaps unsurprisingly with the amount of time she spent in books.

In many regards, The Fall was actually beneficial for Teagan. Apart from her father, she simply had nobody to lose to it. Additionally, along with the decree to make it no longer legal to kill beastkin on sight, she met other people for the first time. Possibly even more terrified of them than they were of her, she lived in an uneasy peace within the gradually more crowded home as refugees squeezed into smaller and smaller spaces. She quickly ended up shutting herself and her few belongings in the tiny attic space. Her presence was tolerated partly through insistance from her father, but also thanks to aid she was able to give some of the refugees with her few potions for she eagerly, if extremely cautiously, gave her help wherever and whenever she could.

Then one day late in 1 AF her father went out and just never came home. After days of anxious waiting she finally, for the first time in her life, physically left the house. The outside world was terrifying and amazing all at the same time, almost overpowering in its scents and sounds and mere physical presence which, from her vantage point of looking down, she never fully realised. Her first voyage out was not a pleasant one and it took her several more days before she could bring herself to go out again.

Since then she has dedicated as much time as she can to trying to find her father, but in order to get information these days you need something to trade, and nobody particularly wants to trade with the fringetouched. 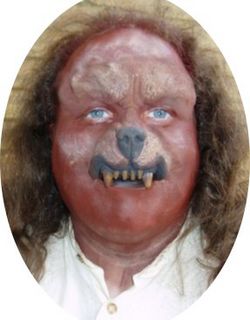 Teagan resides in one of the small rooms near the library in Ashenhart Rise. It is mostly full of boxes of herbs and strange alchemy equipment with a small cot in the corner. She can usually be found either there or in the library.

She still has no idea what has become of her father.

Over time her confidence has increased, she wields a crossbow as well as short weapons and her magic is slowly increasing in power.

Her time experimenting with Alchemy has also proven fruit, there is a price list of potions nailed to her door for all passing to see.