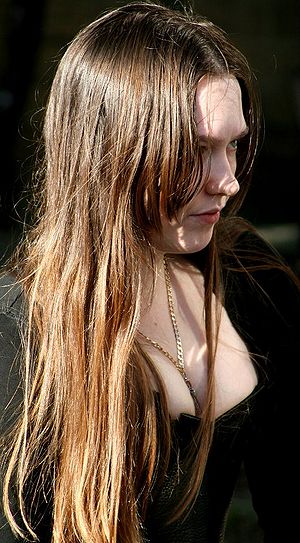 Baroness Rashel Francesco is a devout Priestess of Vaitera and Captain of the Kingsriders, born in the winter of 20PF. Originally from Calavria, she has adopted a fiercer form of worship of the Martyr goddess than is traditional, carrying a shortsword and buckler as well as her blood-red cross, and taking an active role in fights when necessary. Recently she was granted her title of Baroness by High King Loghlin, and the Keep Ashenheart Rise is her land.

The bastard child of two yeomens, Harret Legliato and Rose Adante, even in Calavria Rashel was off to a difficult start. Seeing their inability to truly provide for the girl, her parents gave her to the Church of Vaitera to raise when she was just two, knowing that a religious position would give her a far higher quality of life than she would otherwise know. It was an act of no small sacrifice, as her duties kept Rashel too busy to stay in touch - and, indeed, the Church encouraged them to leave her be - but it granted Rashel education, good health, and more importantly, opportunity.

A bright girl with a tendency to speak her mind, Rashel excelled in her studies, and when she was eight she was secured a place as advisor-in-training with a local noble family, the De Lucas.

The De Lucas were an old name, with a respectable title though only modest wealth and so were very keen to utilise any and all assets to move themselves up in the world. Rashel impressed them very quickly with her frank honesty and quick mind, and soon was assigned to specifically assist their only son, James, who was a few years older than her and needed companionship and sharp-minded guidance. With the battle between the Legion and the Iron Empire well under way, the family began to consolidate their power.

In 8PF they arranged her marriage to a wealthy yeoman-turned-merchant, Raniero Francesco, intending to bring his money to the family and the family's prestige to his business. He was two decades her senior, but a decent man of serious disposition and considered a good match for her. With the Legion already storming through Calavria the De Lucas began evacuating. Her wedding was the last time Rashel ever saw her parents.

The next few years of her life were mostly spent on the road - at first in relative luxury, with the De Lucas bringing a train of caravans with them to provide anything the family could want, but as their progress was clearly too slow to outrun the Legion, anything but the bare necessities was dropped. When she was thirteen her moonblood came, and she and her husband finally shared a bed. Her first daughter, Rose, was born just before her fourteenth birthday, in Lancereaux, 6PF.

While having a daughter on the road was difficult, Rose was nonetheless fairly healthy. Rashel had to give up some of her duties as adviser to care for the child, but her position within the family went from strength to strength. Their older priest chose to stay behind with some of the other refugees, and so Rashel took over full time. Meanwhile, Raniero travelled ahead to try and set up some mercantile connections in Damryn in order to put the De Lucas in a strong position.

For the first time in a long while, Rashel had some measure of independence. She’d grown particularly close to James, as the two spent a lot of time together while he tried to prepare for the future and often wanted religious guidance. By the time they were fifteen there was an undeniable attraction. With her husband away and her status as priestess-adviser enabling them to spend time together unsupervised, unsurprisingly an affair started.

The Legion were close behind the De Lucas as they struggled to head to the perceived sanctuary of Damryn. Both Lord De Luca and James were called upon to take the sword and help slow the onslaught; both accepted. Lord De Luca died in the first wave. James sent word ahead to inform the family, all the while retreating himself.

Not long after, in 4PF, she discovered she was pregnant again.

Rashel knew that she would be found out. Having not had contact from her husband in nearly a year it was very clear the baby wasn’t his, and while James wanted to offer her security she knew this wasn‘t possible. Unable to leave the caravan for her own safety, she expected to arrive in Damryn and lose everything.

A few months later, she and James were reunited briefly. She told him of the pregnancy and he promised he would ensure she and her child were taken care of. He and several other men stayed behind to hold off the Legion while the De Lucas were able to escape across the border to Damryn; none of them survived.

The De Luca family were devastated, and arrived in Damryn in ruins. The onslaught of the Legion was clearly too vast to hold against, and so once again they took to the road. Rashel briefly saw Raniero in the capital, where she tried to explain what had happened. He was furious with her, and determined to take Rose away and cast Rashel back into the life of a bastard. Lady De Luca stepped in on her behalf, and Raniero allowed that Rose stay with her mother while they fled, with matters to be decided once they were all in safety. The news of his death reached them two months after.

Rashel lost Rose in the weeks after. Her delicate state made it difficult for her to travel, and the strain of grief and a minor fever meant care of the child fell briefly to Lady De Luca. The Legion caught up with them and attacked during the night. Rashel was taken from her tent and put in one of the faster carts; her status as a healer making her useful enough to outweigh her physical weakness. Through fever dreams she called out for them to rescue her daughter, but when she awoke fully twelve hours later, she was told that Lady De Luca also made it out alive, but Rose did not.

At first, it was feared that this final grief might overcome the young priestess, and that she would succumb to the fever. Instead, something hardened inside her, and her recovery was swift. It was in western Damryn that she gave birth, a hard and bloody labour at the side of a road.

Her first son was born, and the bastard heir. Lady De Luca made Rashel an offer: she would take the child in as her own, offering her a better life once they made it to safety, with Rashel still kept on as wet-nurse and adviser and allowed a part of her son’s life. Recognising that she had little to offer the child, Rashel accepted. The two named him together: Francis James De Luca.

As Damryn fell, Rashel approached some of the mercenaries travelling with them, asking for an education in swordsmanship. It was a hard slow start, still carrying the weight of her pregnancy, but Rashel’s determination saw her through and soon she was wielding shortsword and buckler.

Their pause in Damryn for the birth saw the Legion not far behind. In 1PF, when Francis was only two years old, Rashel and the remaining De Lucas were separated in an attack. She carried on to Andermark with another group of refugees, all the while desperately searching for her them, but no word was ever found.

Rashel was present for the Last Stand of Starkholm, searching the field for any sign of her son, believing this was the end and wanting to spend her last moments with him. When the Gods came down, she rallied, a witness to their power and glory, inspired by Vaitera's strength and words. 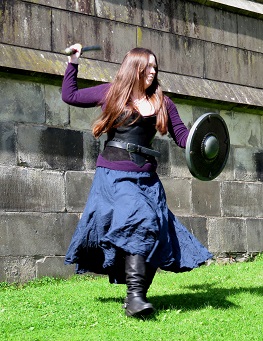 Rashel is current Captain of the Kingsriders, holding the title of Baroness and the Keep Ashenheart Rise.

From the early days of the then-Outriders, Rashel would frequently take leadership roles - most notably defence of Wolfsgart, wherein the Outriders successfully reinforced the town in the face of far superior numbers (and reportedly fought a Dragon). Other notable jobs include being among the group that distracted the lone Legionary until the Order of the White Aegis could destroy it; the Kingsmoot; and one of the Outriders present when the meeting between High King Riagon and High King Loghlin took place in Damryn. She also assisted in the fight against the demon Iznyat at Caer Dynevor.

She now works to balance her position as nobility, Captain and Priestess of Vaitera. 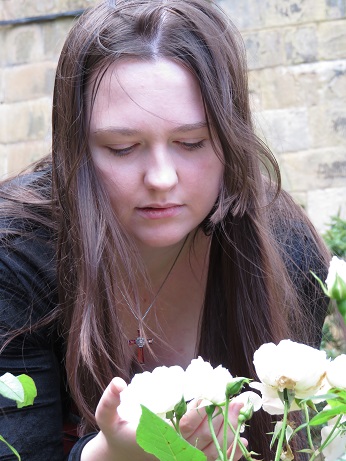