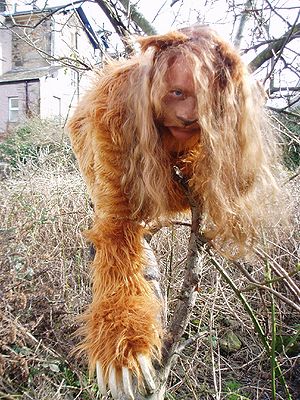 Khan is a fringe-born beastkin of unpronounceable name, with features resembling both lion and lynx that its associates have taken to calling Khan (the Elven for Western Rage). Uncivilised and feared by many it preferred to stay hidden, leave the talking to the others and took the role in the party as a scout and fearsome hunter. Now it leads the beastkin in the Kingsriders and the Yataure osto and speaks up for the race in all political matters.

Khan was born in the fringe and due to the mutating effects is almost fully grown at five years. Its parents among others took refuge in the fringe at the time of the fall and quickly fell under the forest’s spell and began losing their humanity. Mutated and too scared to leave the forest for fear of rejection and war they started their tribe with others they found roaming the forest in a similar situation. They set up their own territory and with a mix of skills gathered from this collection of rejects they lived a relatively comfortable life together. Khan was born into this pack of mutants and was brought up a hunter, helped by her natural skill at hiding, worshipping the forest that provided for and protected her family. It was taught common and is capable of communicating though a lot of what it knows about human society is only from stories and completely alien in concept. Brought up on concepts that the forest provides all, there are few rules in the fringe and only the strongest will survive.

Though born within the fall, it never affected Khan whose family lived in a part of the forest away from the fighting and its family saw no reason to get involved in other people’s problems. Wary of strangers the tribe kept within its territory trusting the forest to expel intruders. In fact the loss of Khans family was merely part of forest life and as far as Khan is aware completely unrelated to the legion. A stray wild elf brashly walked into the pack’s territory ignoring the markers and as is frequently the way of the forest was killed and eaten by Khan and its family. However before the meal was even finished the elf’s tribesmen following it stumbled on the beastkin tribe and in a rage killed them all in retribution. Only Khan, with its skill in stealth, managed to survive the brutal slaughter and flee from home. It hid in the forest for some time managing to survive by itself, having stolen some armour from a random traveller, and using the skills it learnt from its pack. However, the eventual loneliness from the loss of its pack and desire to avoid wild elves at all costs led it to leave the forest and explore the nearby city of Starkholm. Khan spent some time exploring the outlying villages, terrorising and stealing meat and livestock from the residents at night but managing to avoid capture. Khan eventually whilst in the main city looking lost and confused after the strong abuse and fear from the townsfolk was approached by a curious Elf, the mage Maris. Maris without the usual fear of beastkin gained in turn Khan’s curiosity and perhaps the most unusual friendship was born. 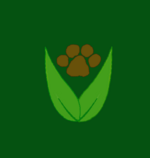 Khan spends its time now either in the Fringe or within the city with Maris, though more frequently called “Fingers” by the beastkin (perhaps an honoured title from one without either fingers or thumbs). Under the greater knowledge of human society and guidance of Fingers, Khan has learnt to behave in a way acceptable to society, though there are still sometimes things it does not understand about the ways of life outside the forest. Khan has even gone so far as to join the Outriders with Maris and has been present on most hires. It tends to prefer the company of the elves of the party and has a strong affinity for their language. . It has frequently proved itself as a competent scout and is fiercely protective of some of the party members. More commonly known about Khan these days is the dependency it has on a herb that Maris bakes into biscuits. This drug appears to only work on beastkin, though little testing has been done to confirm this. Either way the party uses the addiction at times to their advantage and to gain the favour of Khan.

More recently Khan has been gathering other fringe-touched and beastkin into a group called the Yataure osto (bridge of forest and city in elven). Now introducing itself as Alder Khan (Alder meaning tree-heart in elven) it leads this group doing all kinds of jobs for the city folk. Members of the group are recognised by the symbol they wear somewhere about them and it is Khan's hope that these fringe-touched can become respected members of the city through their hard work and dedication. Whilst Khan remains true to the fringe and its forest magic is strong, it leads the example that there can be a balance and a bridge between the forest and the city.

Khan has spent significant time with Caelen in Leyroth helping him in his duties.

With war calling Khan remains reluctant to join. Scared that the beastkin will be nothing but cannon-fodder she holds the beastkin forces under her command. Word spreads that the beasts will join if they become equal citizens across the lands. Words are whispered "Give us a land and we shall fight for it" though Khan denies starting this. Word is spread across cities and forests, the beastkin are rising and will fight for their place. Word is spread to the deeper forests, sending warnings, information and a call to stand and fight with the rest of the beastkin. A land of tribes and territories slowly forms into a cohesive nation. Scouts and hunters are lent to armies, dispatching messages and gathering information. Knowing the fight is inevitable Khan trains what she has as best she can, hoping that finally they can be recognised. Hoping that even a beast can be a hero.