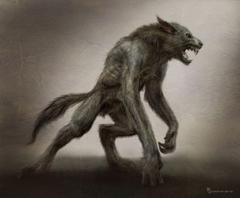 Historically the scourge of the average Anderman, 'beastkin' is the term given to the part-beast humanoids that dwell within the depths of the forests, warped to some degree by the Fringe. They were thought of as being savage and feral creatures and most interactions with beastkin came through skirmishes with woodcutters and small villages or attacks on wayward travellers lost in their woods. Come the events of The Fall, the beastkin were so disengaged from society that it was assumed that they had no more a sense of unity than a wolf would have to a bear. When the Legion marched on Andermark, however, the beastkin had as much to lose as the humans and refugees and fought their own resistance. They were given amnesty in Andermark by King Constantin I when the Legion were pushed back.

The beastkin in their various creeds and manifestations are the perfect example of the mutations of the Fringe. There are some, like the farrowed or the skaven, that exist more as a constant conglomerate of creatures warped by the fringe, creatures that have manifested so frequently that they have become a species in their own right. Others, such as the werewolves, are creatures that were once human that have been deformed into wolfish monstrosities devoid of their former identities.

The Fringetouched are what is most commonly thought of when one thinks of ‘beastkin’, representing the middle ground between these two extremes. The Fringetouched are humanoids that have been warped to have some bestial features - commonly wolf, lynx or bear - but haven’t had enough exposure to completely destroy their grasp on humanity. Quite often Fringetouched are either travellers that have gotten lost in the woods and wandered too far and too deep for too long. On rare occasions these are children that have been abducted by wild elves and brought up in the woods.

Beastkin are usually practitioners of the taboo arts of druidry and pay their respects to the Lord of Nature and Mother of Earth. As such, their ways of smearing dyed mud on their faces as woading, their ritualistic sacrifices in the hearts of woodlands and their tendency to respond with extreme hostility to woodcutters leave most people distrusting their apparently barbaric ways.

It could be argued that wild elves are a type of beastkin, particularly a type of elven fringetouched.

Whilst beastkin are varied, most tend to be isolationist or strongly inclined towards pack mentality. They perceive the world in very territorial ways and work best within strict social structures, valuing strength and pragmatism in those they interact with. Resentful of being viewed as abominations, beastkin have taken to being exceedingly proud of their heritage and take great offence in slights against their traditions. This has lead to the belief that they are quick to anger, which, whilst not unprecedented, isn't certainly a predominant trait. Some beastkin have attempted to integrate themselves within society, but most find to shun cities or overly-developed areas and tend to instead dwell within the woods near villages and hamlets, sometimes to the chagrin of those residents. Very few beastkin enjoy spending time in the city.

The beastkin are impossible to give a single description to, coming in various different forms. Even sub-categorisation falls short, as each beastkin differs due to their exposure to the depths of the forest. For example it is possible for skaven, a notoriously out-skirting race, to have the curled goat-horns of satyrs with enough exposure. Those that are categorised are either numerous, infamous, or both. 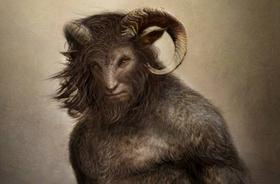 Abhorred and distrusted, the beastkin of all creeds were considered the native enemy of the Andermen. Whereas other nations might tell stories of the beastkin to their children, the Andermen simply did not. They were too real a threat to be treated so jovially. Similar tales were told between beastkin of those that lived outside of the forests. The less intelligent of the beastkin would hunt them as they would any other prey, and even the more world-wise would sooner drive them off their land with shows of force than attempt to communicate their strange warbling tongue. The beastkin had enough to worry about with other creeds of beastkin encroaching on their territory.

When some pockets of beastkin emerged from the woods after fighting against the Legion alongside the forces of the free peoples, they acted through the Feral.

It is the Fringetouched beastkin that are the most likely to be encountered in civilisation. In one of his more radical decrees King Constantin, monarch of a kingdom that had known the beastkin as a threat and a menace for centuries, declared that Andermark would show tolerance to the ‘more civilised’ Beastkin in these shattered times, as they had lost as much as any other race in the Fall. They do not live in the city, but usually live in the forests around Starkholm and near villages, much to to the chagrin of the Andermen that originated from those settlements.

Most beastkin do not follow the pantheon, but instead are worshippers of the Lord of Nature and Mother of Earth and practitioners of the taboo arts of druidism. Other than that, the beastkin remain relatively differentiated. Those that operate best in packs, such as the werewolves and some of the fringetouched, have strict social hierarchies with an alpha (quite often translated to 'elder' in Common) protecting their unit. Satyrs and werewolves do not tend to build homes, but rather live in dens. Skaven tend to either burrow or dwell within caves, but have been known to build crude structures. Farrowed, despite appearing to be the least intelligent of the beastkin, do tend to make themselves rough hovels. Fringetouched differ between living under a naked sky or making themselves structures depending on how much exposure to civilisation they had prior to being warped by the fringe.

Most beastkin are carnivors. Skaven tend to scavenge carrion rather than go on the hunt. As such, they tend to live near the hunting ground of werewolf packs, though tend to take all the precautions they can in ensuring they do not become the prey. Werewolves and Farrowed tend to hunt in packs, leaving the females behind to protect their homes and tend to the young, though Farrowed use sharpened sticks as crude spears when they do so. Satyr are the most mysterious and undocumented of the beastkin, as tend to live in solitude and are exclusively male, leading to varying theories as to how they reproduce. Even other beastkin cannot divulge too much information on the lifestyle of the satyr.